Hashish is derived from the flowers, stems or leaves of the cannabis plant. Hash and marijuana share a common active ingredient, delta-9-tetrahydrocannabinol (THC). The concentration of THC in marijuana lies between 1%-5%, whereas hashish consists of 5%-15%. Hash oil has a 20% concentration of THC, making it the most concentrated form of hash per the drug enforcement administrations.

THC binds to the cannabinoid receptors, evoking a feeling of wee-being, sedation and euphoria. As a result, individuals get hooked on hash for the "feel-good" factor and, with prolonged use, develop an addiction. Hash addiction treatment becomes necessary for individuals to break the shackles of addiction and stop further deterioration of one’s body and mind.

Individuals often argue that "hash was addictive, it would not have been legalised in some states, hash has no side effects compared to alcohol or other drugs, etc.". Continue reading as we attempt to bust all the misconceptions surrounding hashish. 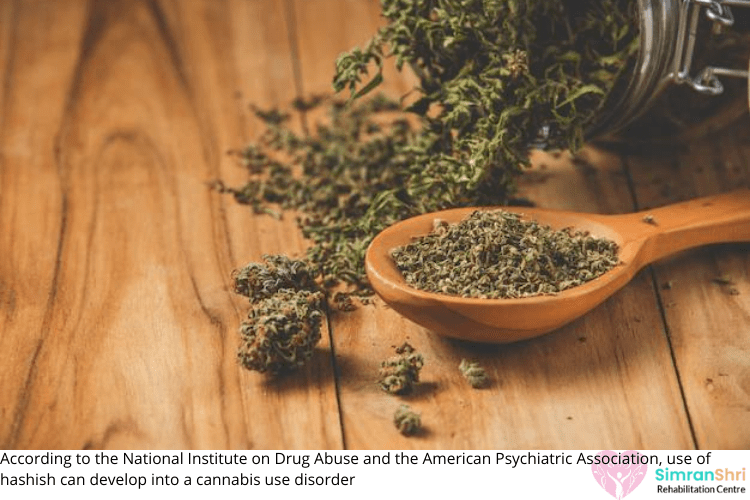 Is Hash more Addictive than Weed?

Hash and weed are derived from the cannabis plant and trigger a similar effect of euphoria, increased appetite and relaxation. Both are classified as illegal drugs by federal law, despite some states. This commonly makes individuals question the difference between the potencies of hash and weed. Let's briefly break down where these similarities end:

Regardless of the drug, developing a cannabis use disorder is possible; an individual needs to seek a rehabilitation centre’s help if they fall prey to any addiction or dependency.

The withdrawal symptoms of hashish are not considered physically damaging but have distressing psychological symptoms that can give rise to relapse. Nasha Mukti Kendra offers psychotherapy to help manage this psychological distress and prevent relapse.

Symptoms of hash use include:

If your response to most of these questions is a "yes", then you should consider a hashish addiction treatment.

Why Should You Choose Us?

At SimranShri Rehabilitation Centre, we provide effective hash addiction treatment. With our medical staff having rich experience in treating addictions, we are one of the upcoming and dynamic wellness centre for men. Our rehab provides several treatment options that help patients with their hashish addiction, among others. Apart from a holistic approach to treating the users, our centre also has numerous services. These are –

The men’s addiction treatment provided by us ensures that they get rid of their addiction and live a healthy and happier life. So call today to know more and help out your loved ones from the jaws of addiction. Remember, it will not be easy and will take time. But Rome was not built in a day!