Correlation Between Alcohol And Anger Disorder

Alcohol addiction is one of the most common addictions in all age groups which also gives birth to intense alcohol and anger issues, especially the millennials of today, who are mostly dependent on alcohol consumption for enjoyment, pleasure or under the influence of peer pressure and other related factors, which is degrading the physical and mental health conditions of the youngsters. It has some chronic and hazardous effects even after knowing the seriousness that it may leave on people, usually ignoring the signs that their body is giving out.

It triggers the social life of a person in many ways. The diseases that it may leave behind on the individual are liver problems, chronic heart disease, brain stroke, digestive problems, voice, box, liver disease and colon disease. All of this together shrinks the person's growth and keeps their life at risk. You never know what is going to happen next.

How is social drinking different from addiction?

There is a huge difference between social drinking and chronic drinking. Both are forms of addiction. Occasional drinking is associated with the drinking pattern. However, its effects on the body are similar to that of a regular drinker. It creates acidity, ulcer formation, nausea, poor nutrition and an increased risk of pneumonia.

Responsible for drinking in a social situation, It's a casual alcohol consumption habit, it is the people's opinion, and each person behaves differently as per the common approach, like drinking in social places like bars and restaurants along with that alcohol and anger.

For many people the most beneficial techniques are anger management therapy techniques, it's a form of relaxation; it also affects brain function, triggers mood changes, and boosts dopamine levels, which activates brain cells. It is on the people if they drink responsibly and make sure no one is affected by it, then it should not affect the family and shatters anyone's confidence. 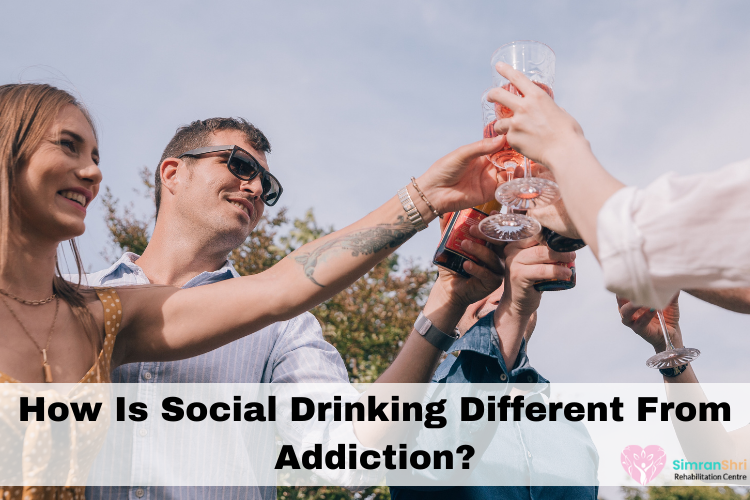 What are the three types of drinking behaviours?

●    Social drinking: what is social drinking? Drinking is mostly influenced by the peer group and influences others.
●    Alcohol abuse: Those who drink and Most people who drink alcohol will not have any problems with their consumption; however, for those who do have a problem handling it, often, their problem will gradually worsen
●    Alcoholic: Those who drink alcohol and most alcohol drinkers will have no difficulties with their consumption, but those who have an issue with it will often see their problem increase with time hence to resolve this problem anger management therapy techniques plays a vital role.

Side effects of anger and alcohol issues

●    Alcohol affects some people, sad and others angry; it depends on the person's mood, alcohol and anger come instantly.
●    Anger is one of the major problems that trigger abuse and mental trauma; it drains the energy and patience level gets drained, and loss of confidence.
●    Some people who consume alcohol lose the inhibition, which ultimately leads a person to become angry.
●    A person becomes angry and unpredictable after drinking; they abuse their loved one's family members while drunk and badmouth them.
●    It also increases the ratio of broken relationships and marriages, and anger and alcohol are one of the biggest issues.
●    They easily turn into altercations if they feel slightly offended or insulted.

Strategies for prevention of alcoholism and anger

●    Spiritual practice: People engaging in spiritual exercise on a routine basis may find it easier to continue ongoing recovery from alcohol or other addictions. Having a better understanding of one's spiritual aspect is a crucial part of recovery for many people.
●    Medical treatment for health conditions: Many liquor health problems and side effects of alcoholism improve when people stop drinking. However, some medical conditions may require continued treatment and monitoring.
●    Psychological counselling: Psychological counselling is one of the prestigious ways of completing designing and implementing the strategies to make people get away from the path to abstaining from alcohol problems.
●    Oral medication: Orally prescribed medicines are one of the most popular ways of completing the medication.
●    Detox and withdrawal: Detox - medical supervision abstinence — may be the first stage in treatment. In this procedure, also known as detox, you may have to take calming drugs to avoid symptoms of withdrawal. Detox is usually removed surgically or in an inpatient treatment centre to avoid the side effects of alcoholism.

Daaru addiction is chronic and harmful. Most people define it as Dawa, one of the biggest side effects of alcoholism, which means medicine. Many liquor shops provide such a tagline that attracts customers like chilled beer or English Wine shops in most parts of India.

Hence alcoholism is a root cause that destroys the life of an individual, financial crisis, Losing family, and divorce. Now there are rehabilitation centres that are progressively working and are the Best Alcohol Addiction Treatment centres across the state.

Best Alcohol Addiction Treatment Working in order to minimise such a problem and help people to get their life back on track.

The magician longs to see through the darkness of the future past, one chance out between two worlds, fire walk with me!"