Drug Addiction And Its Effect On Young Population There has been much evidence even in the past about what triggers youth, especially teens, to consume drugs or substance usage. Drug addiction in youth is one of the most popular emerging trends and substance misuse; This can trigger many issues for adolescents and children and Teens and adolescents, which involves immediate and long-term effects.

People under the influence of emotional breakdown and physical abuse are more likely to develop a state of drug abuse. Friends who use constant drugs or those exposed to peer pressure are also at risk of common addiction. Biological factors can also be a risk for drug addiction, Negative attitude of the individual and values and beliefs, poverty, and children in conflict with their parents the conflict in the law. 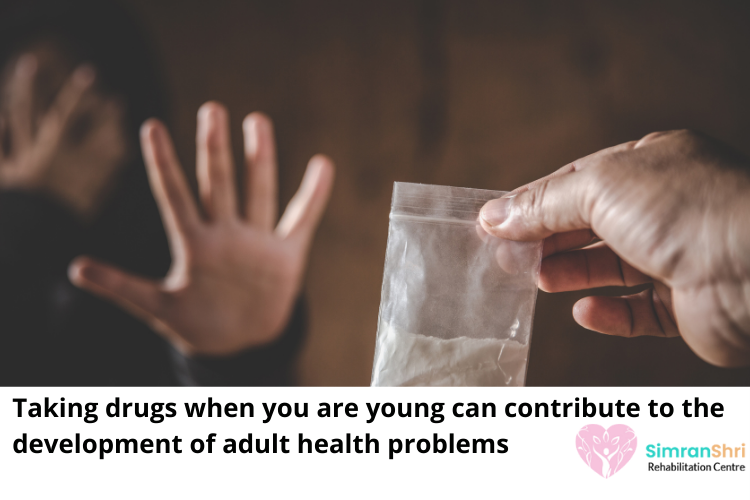 Alcohol is one of the most consumed drinks among the millennials; the drink is toxic and has the Dependence property. It contains a psychoactive substance that people have widely used for centuries. For some communities, it binds people culturally, they are gripped under the influence of friend circles, and peer pressure is one of the most common factors for drug addiction in youth.

Alcohol consumption in India is higher in rural areas than that in urban. According to the National Family Health Survey-5 2 019-2021. Alcohol consumption among both men and women have found. Over 1 per cent of women aged 15 drink alcohol compared to 19 per cent of the men in the same group. There are many regions in India like. Arunachal Pradesh is the largest consumer state that consumes alcohol in terms of both men and women.

A drug is typically a chemical substance that can often treat patients and experiment on creatures and living organisms and is the most common addiction in youth. Still, it has become a common addiction in youth. When consumed, it changes physiology and psychology and is typically examined among the food and drinks. It affects the understanding and senses. It makes the senses sore and vulnerable at the time of consumption. Decision-making ability works and functions. There are many types of drugs have found in common that cause the types of addiction among youth, Such as :

●    Peer pressure: 1.9 billion adolescents ages 12-17 have used elusive drugs within 30 days of the survey because the teens want acceptance in society to fit in.
●    Self-medication and escape: Mental health symptoms of depression, anxiety, triggering stress. Drugs and alcohol minimize them, and they have sedative dependence.
●    Physical and sexual abuse: Genetic and environmental factors early exposure to drugs, stress, and parental guidance.
●    Lack of social support: This can also contribute to the development of addictions; people rather than providing support by not judging them are a few of the causes of drug addiction among youth.

Cognitive Behavioural Therapy (CBT) is one of the most common therapies that can help you manage your problems in the way you think and behave. One of the best addiction programs for youth. This treatment is mainly used to treat anxiety and depression among the patients and can also help in the mental and physical health of the user. Types of common addiction among youth, alcohol and drug usage are due to the following reasons.

It is possible to seek treatment for drug addiction, though the journey is tough and crucial. This is not just an overnight process, not one-size-fits-all, because addiction is a chronic disease, and if people have a history of drug addiction, it can't be cured in a few days and stop; most users need long-term treatment estimated 43 percent of all people who go to drug rehab complete their treatment programs while another 16 per cent are transferred to other rehab centres for additional treatment. However, there are many possible drug de-addiction programs in India; some of the possible treatments are:

There are many drug De-Addiction Centre options to choose from for the treatment of drug addiction in youth and adolescents. One of the best is SimranShri Rehabilitation Centre, one of India's most growing Drug De-addiction Rehab Facilitation Centre. Their approach for your loved ones with a scientific approach that empowers through the natural healing process. Our services in the rehabilitation Centre include the following:

This field is incoherent and complicated and with policies focused on prevention of substance use being talked simultaneously which involves policies assuring that 'use' does not lead to 'misuse'; both of these are then discussed alongside 'early intervention' approaches with young people who already have problems, in which the intervention is aimed at preventing their problems from getting worse and eliminating the drug addiction in youth.
Outcomes in three decades of drug prevention concluded that there are five key areas of prevention activity:

1.    School-based programs (the area in which most programs have been developed and evaluated);
2.    Involving parents.
3.    Involving specialists who perform with users who consume drugs
4.    Working with education Communities.