However, the term “eating disorder” indicates signs toward food but it is more related to mental health problems than anything else.

Eating disorders are regarded as complex medical conditions affecting a person's relation to food and how they view themselves. Depending on the type of eating disorders, an individual might starve themselves, force themselves to throw up, and even exercise harshly for maintaining a certain physique. Nevertheless, the early indicators of an eating disorder are not always apparent, especially if you are not aware of what to seek. The team at SimranShri understands the complexities of eating disorder symptoms and shares below some common facts about eating disorders with their signs that you should be aware of.

What is an Eating disorder?

Before you attempt to help any of your friends, family members, or spouse to get recover from the eating disorder, you have to understand what this condition involves.
Eating disorders involve extreme thoughts, emotions, and behaviours surrounding food and weight. An individual with an eating disorder might become obsessed with food, weight loss or gain, and physique. As such disorders are concentrated on unhealthy and extreme association with the food; they could significantly influence an individual's health and even leads to death.

Eating disorders go beyond disrupted eating habits and are often by-products of mental ailments. Such disorders are most common among women between the age of 12-35 years of age and affect several million individuals at any given time. The main kinds of eating disorders are anorexia, bulimia nervosa, and binge eating disorders. Out of these three, anorexia is the most harmful with a reported mortality rate of 10%. 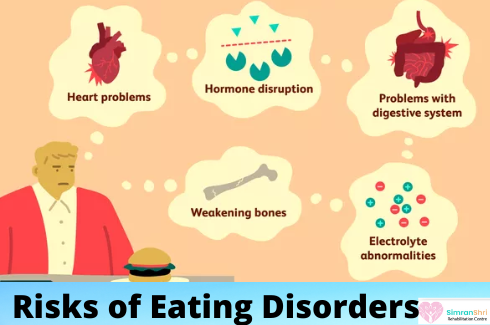 What Are The Signs of Eating Disorders?

All the types of eating disorders could be identified through a combination of warning indications. However, certain symptoms might differ according to the types of disorders, some common signs of eating disorders include abrupt weight loss, wearing heavy clothing irrespective of the weather, fear of throwing out, anemia, loss of thyroid levels, frequent stomach upset, weak immunity, fear of weight gain, compulsion doing exercise, and slow wound healing.

During eating disorders, the individual's body will slow down its functions for preserving energy which could result in physical repercussions. Individuals with eating disorders have a weak immune system and thus are likely to get sick or ill which might prove fatal due to a weakened physical state. If any of the above-mentioned signs are observed in an individual or yourself, then get help immediately.

However, eating disorders implies that it is about food, but actually, it is more related to poor mental status. Mental disabilities could cause individuals to resort to a variety of harmful behaviors. For instance, an individual coping with a dysmorphic body shape might feel the requirement for making an extreme and unhealthy variation in the diet. Suicidal behavior, self-harm, and eating disorders often stem from untreated mental health.

What Are Different Types Of Eating Disorders?

The different types of eating disorders include the following:

1.    Anorexia nervosa is a type of eating disorder featured by self-imposed starvation and higher weight loss. Individuals with anorexia nervosa tend to have an extreme fear of weight gain.
2.    Bulimia nervosa is a type of eating disorder in which individuals might experience episodes of binge eating followed by behaviour for compensating for what they eat such as self-induced throwing out, taking laxatives, and compulsive exercises.
3.    Binge-eating disorders are featured by frequent moments of extreme overeating. An individual suffering from such a disorder might experience frequent episodes of eating a large amount of food and feel that they have no control over their eating habits or sometimes feel shame or distress after binging.

The eating disorders are associated with mental sickness where various individuals struggling with an eating disorder fail to get the mental healthcare they require.

How Are Eating Disorders Treated Or Managed? 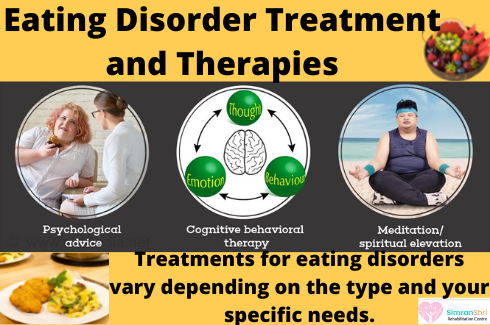