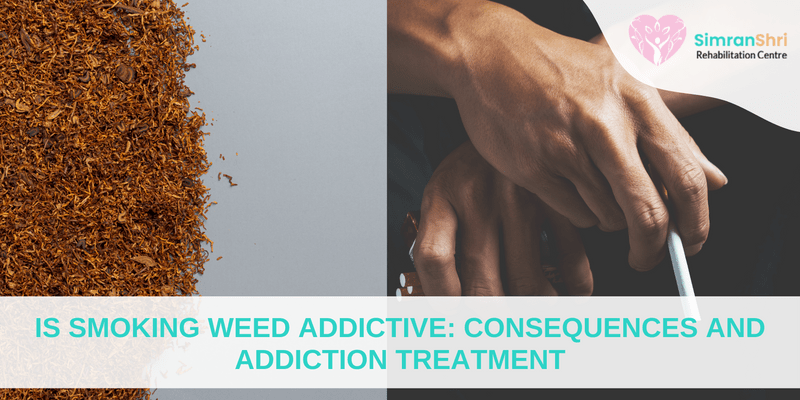 Cannabis use in India dates back to almost 2000BCE. It is popularly known as charas, ganja, and bhang, used in beverages such as bhang thandai or lassi, ingested in pills or smoked. A survey conducted by AIIMS in 2019 showed that approximately 7.2 million Indians reported using cannabis in the previous year. The magnitude of substance use in the India 2019 survey found that 31 million Indians in the age bracket of 10-75 years are currently using cannabis.

While most individuals report that they do not have an addiction, is it true that it never happens? Is smoking weed addictive? 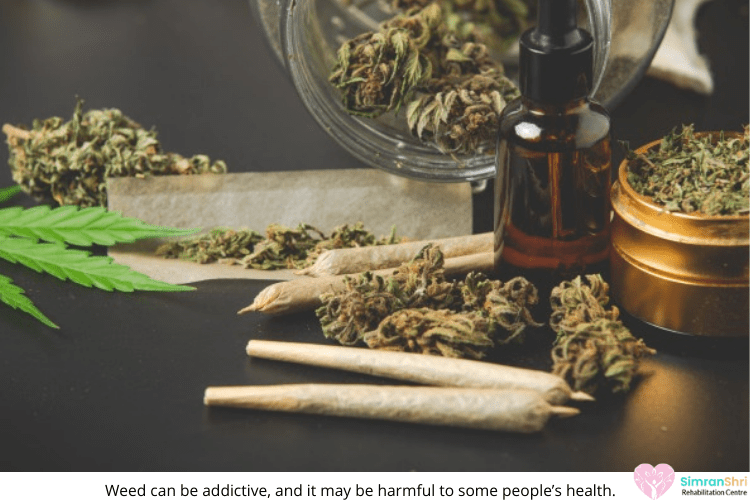 How Bad is Weed Addiction?

Every one in ten people using weed will develop an addiction; this implies that they fail to quit its intake despite the negative impact on one's health, job, relationships, or finances. Individuals are at a higher risk when they begin the intake at an earlier age and use a higher dosage. For example, the risk of developing an addiction increases to one in six if adolescents begin to use the drug. And one in two when individuals use the drug every day.

One develops dependence and psychological addiction to weed over time. Abruptly stopping drug intake then results in weed addiction withdrawal symptoms. These include:

What are The Consequences of Weed Addiction?

Weed addiction can impair one's brain, making it difficult to learn, focus and recall things. This may appear to be short-lived, lasting for a day or two after one stops weed intake. But heavy consumption since adolescence may leave permanent effects. In Some adolescents that regularly use weed, physical changes in the brain have also been observed by researchers. These showed fewer connections in the brain linked to learning, memory, alertness, and mental assessments also show lower intelligent quotient scores in individuals.

Smoking weed is known to inflame and irritate the lungs. Similar to tobacco addiction when experiencing breathing problems with prolonged weed intake, it also includes persistent cough and mucus. Lungs become more susceptible to infections due to the weakening of the immune system by weed addiction.

Individuals who have been using the drug for a very long time have also reported an increase in their appetite, referred to as "munchies". Weed addiction has also been associated with heart problems. The heart beats 50-70 times a minute, but after weed intake, it shoots up to 70-120 times per minute for approximately three hours after the intoxication begins. The chemicals, tars, and strain added to weed increase the risk of heart attack or stroke. The danger increases for someone with an existing heart problem. Individuals who consume alcohol and weed have doubled the chances of negative impacts compared to drinking alone. They are likely to be involved in risky behaviours such as drunk driving, legal problems and professional problems.

Pregnant females who regularly use weed are likely to deliver underweight or premature offspring. Researchers have also associated weed addiction with testicular cancer; however, there is the scope of more work to understand if it can lead to prostate, cervical, bladder or non-Hodgkin's lymphoma.

Seeking early treatment from Weed Addiction Treatment Centre can save one from weed addiction's potential dangers and hazards.

How to Get Off Weed Addiction?

If you want to quit weed, it is important to surround yourself with a supportive network. They can ensure your safety and protect you against intense cravings and withdrawal symptoms. Here are some tips for quitting weed:

●    Make a plan. Setting up goals and breaking them down insteps makes them attainable. Plan out the steps you will undertake to abstain from weed intake.

●    Throw away weed-related paraphernalia. If you have decided to quit weed, you should garbage its paraphernalia. These could include vapes, pipes, bongs, bowls etc.

●    Recognise triggers and strategies to deal with them. You are the best person to identify what triggers you to take on weed; you need to develop healthy coping techniques to quit weed. Your support group can also help you get through the intense cravings.

●    Look for an alternative. A weed replacement can help you quit. Following a holistic approach to finding a replacement, a good option would be yoga or exercise of any form or a hobby one can indulge in.

Don't be disheartened if you find it difficult to quit and have made many attempts but failed. This is part of weed addiction; seek help from a mental health professional for permanent abstinence and recovery. Treatment options for weed addiction are similar to any other addiction program followed in the Best Drug Addiction Treatment Centre. Traditional evidence-based de-addiction counselling such as cognitive behavioural therapy, individual therapy and group therapy, and weed addiction therapy once the detoxification is complete works effectively.

Based on the severity of addiction, the physical symptoms of withdrawal, and the probability of a dual-diagnosis, de-addiction treatment is relatively painless and involved.

Individuals can sustain recovery with the help of increased exercises, group therapy and counselling.