What Are The Side-Effects Of Psychedelics? 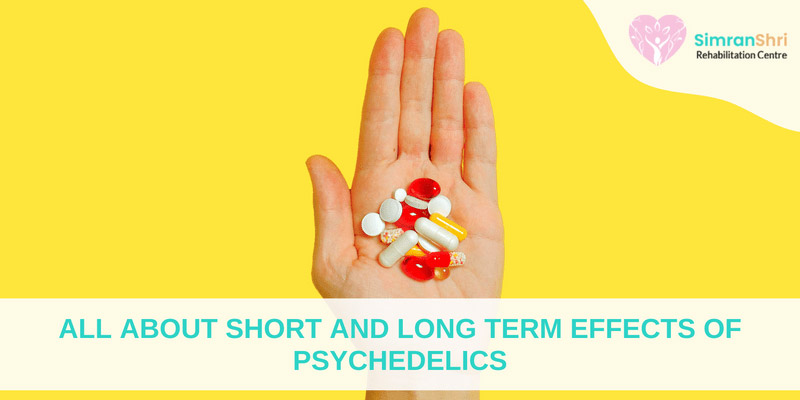 Several studies have been conducted on mental illness and psychedelic drugs that show the psychological effects of hallucinogens. Every drug affects the brain, impacting how the mind processes emotions, thoughts, pain, and more. Most individuals struggling with mental illness take on alcohol or drugs and develop substance use disorder while coping with their symptoms. It can be difficult to catch the first signs of mental illness; delay in the treatment increases the likelihood of unhealthy coping styles. One obvious thing is the side effects of drugs such as psychedelics. 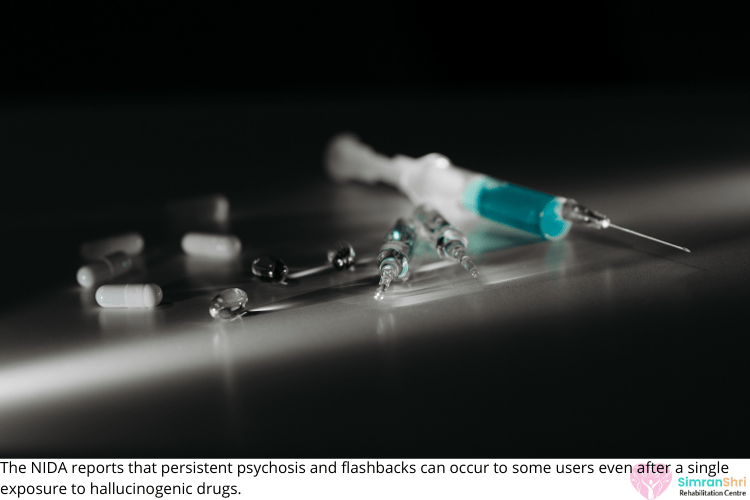 How Do Hallucinogens Affect the Brain?

Hallucinogen or psychedelics are a category of drugs that alters one's sense of reality and time. It influences the way an individual judges their situation or surroundings. Hallucinogens can be broadly divided into two categories: classic and dissociative drugs. Common hallucinogens include psilocybin, LSD, DMT, peyote and 251 -NBOMe. As the name suggests, hallucinogens make individuals see, hear, and feel stimuli that do not exist. Some dissociative drugs such as ketamine, dextromethorphan, PCP, and saliva produce uncertain side effects.

These side effects, in addition to hallucinogens, include:

The relationship between mental disorders and hallucinogens can be attributed to one's attempt to manage their symptoms. Specifically for mood disorders such as depression, wherein individuals become dependent on hallucinogens to distract them from their issues and uplift their mood. This could eventually mark the beginning of someone's condition going downhill. It results in addiction; an individual with mental illness and substance abuse disorder needs the best mental health doctor to recover.

Hallucinations or altered perceptions can be experienced within twenty to ninety minutes of ingesting hallucinogens and can sustain for twelve hours. A problem most reported by users is that the effects of this drug are very unpredictable. According to studies, these effects depend on the user's mood, personality, surroundings, and expectations.

An individual, at times, experiences a mentally stimulating and enjoyable trip. Some even reported being highly aware or using a heightened sense of understanding. Some users also have a "bad trip" that causes terrifying feelings and thoughts of despair and anxiety.

According to research conducted by NIDA, bad trips are a result of fearing death, insanity or losing control.

NIDA reported the following short-term side effects of psychedelics:

The psychological effects of hallucinogens are due to them acting on the neural circuits of certain brain areas that use serotonin, the neurotransmitter responsible for stabilizing perception, mood and thinking. It facilitates the communication between brain cells that enables an individual to keep up with functions such as eating, sleeping, and digestion. The hallucinogen commonly affects the brain's prefrontal lobe, controlling perception, mood, and thinking. While most individuals believe that drugs are not addictive and harmful, they are not aware of the psychological effects of hallucinogens yet.

Psychedelics trigger mental illnesses such as Psychosis and produce symptoms such as flashbacks, paranoia, mood swings, sporadic thinking, and anxiety. They can also give rise to hallucinogen persisting perception disorder that causes visual disturbances and severe hallucinations. This has a detrimental effect on one's mental health and impacts the mental illness they are currently struggling with.

Development of tolerance results in the repeated use of psychedelics. Studies show that a high level of tolerance is developed very quickly by LSD users. This means that one's system demands a higher drug dosage to experience the same effect.

However, they won't tolerate other drug types affecting the neurotransmitters, such as marijuana and amphetamines.

The tolerance diminishes over time; if an individual abstains from drug use for a while, their tolerance will disappear. Chronic hallucinogen users on cease drug use do not experience physical withdrawal symptoms, unlike the alcohol or drug users that have developed a tolerance.

The two most serious long-term side effects of psychedelics are flashbacks and persistent Psychosis, known as hallucinogen persisting perception disorder. These conditions usually co-occur. The long-term psychedelic effects, according to NIDA, include:

Although rare, these conditions are equally unpredictable as a bad trip. As per research, anyone can get Psychosis and flashbacks, but they are more common in individuals with a history of psychological issues.

An individual does not require long-term drug use to face these issues; NIDA reported that individuals could have flashbacks and persistent Psychosis even after a single hallucinogen drug use.

There is no specific treatment for the flashback; a combination of psychotherapy, antipsychotic and antidepressant drugs are used to help individuals. If you feel you or your loved ones struggle with psychedelics, then get in touch with our mental health professionals today.