What Are The Stages of Struggling with Alcohol? 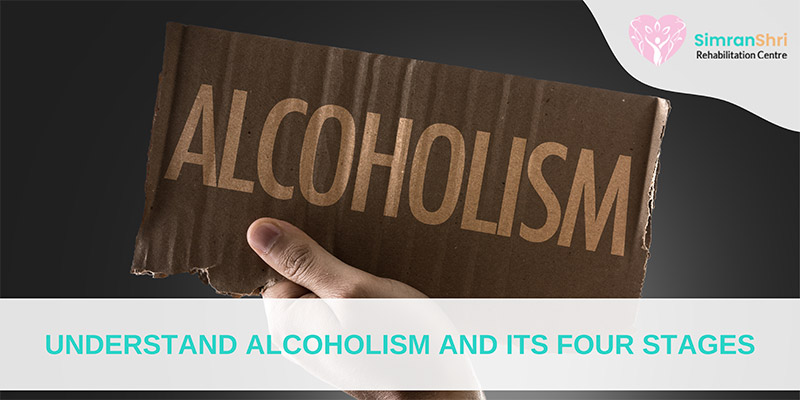 Most adults do not count moderate drinking as a potential problem. But when it gradually turns into consuming copious amounts of alcohol, one struggles with alcohol on the way to addiction.

The National Mental Health Survey of India reported a 9% prevalence of alcohol use disorder in men. 5.4% of deaths were due to the alcohol-attributable fraction, and liver cirrhosis due to alcohol use caused 62.9% of deaths.
Understanding the symptoms and stages of alcohol addiction can aid someone in seeking early treatment before they begin struggling with alcohol addiction. 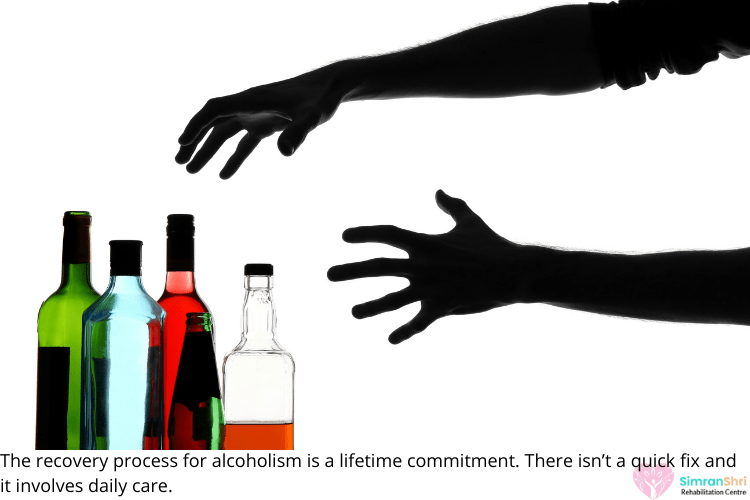 The first stage of struggling with alcohol addiction begins with general experimental alcohol use. These individuals are newly introduced to different types of alcohol and like to measure their drinking capacity or limits. These individuals usually belong to the young adult age group. These experimental alcohol drinkers frequently indulge in binge drinking. While they might not be regular drinkers, they consume a huge quantity of alcohol in one go.

Binge drinking can be explained as:

Individuals tend to exceed this amount, especially adolescents that go to parties where drinking is the only focus. One might think that binge drinking is not a problem since it occasionally happens, but that's not further from the truth.

Consuming huge amounts of alcohol at once is very dangerous and can result in coma or death. Also, one might get dependent on the feelings one experiences post-drinking and realise that these binge drinking episodes are becoming frequent.

Drinkers pass the experimental stage once their alcohol consumption becomes frequent. Instead of drinking at just social gatherings, one might find indulging in
alcohol every weekend. An individual can also blame increased alcohol consumption for the following reasons:

Regular alcohol and moderate drinking are very different from each other. Regular drinking has a higher emotional attachment aspect. A regular drinker uses alcohol to feel happy, while a moderate drinker might occasionally pair an alcoholic beverage with their meal. As drinking continues, one develops dependence and starts struggling with alcohol cravings, the first step to alcohol addiction.

Frequently struggling with alcohol cravings gives rise to problem drinking. While alcohol abuse is problematic, problem drinkers are individuals that start facing the repercussions of their habits.

One might start struggling with alcoholism and depression, anxiety, and sleep problems. One might start feeling sick from drinking heavily but simultaneously enjoy its effect. Most drinkers begin indulging in risky behaviours such as driving under the influence of alcohol or facing legal issues due to alcohol consumption.

Problem drinking also results in social changes such as:

There are two facets of alcohol use disorder: dependence and addiction. It is possible for an individual to be dependent but not have developed an addiction yet. The problem drinking stage is followed by dependence. At this time, an individual is attached to alcohol to the extent that it starts ruling over one's daily routine. An individual recognises the negative impacts it can have on one's life but cannot resist consuming alcohol.

Alcohol dependence means that an individual has developed alcohol tolerance, i.e., an individual needs a higher quantity of alcohol to feel the desired effect which they used to experience earlier at a much less quantity. Consuming a higher dosage of alcohol has a detrimental effect on the body. Another symptom experienced by an individual struggling with alcohol is withdrawal. An individual begins experiencing unpleasant symptoms by abstaining from alcohol use. These include:

These symptoms indicate that an individual needs to seek the best alcohol addiction treatment at the earliest.

Addiction Or Alcohol Use Disorder

The final stage of struggling with alcohol is addiction. An individual in this stage is not consuming alcohol for pleasure. But it has become a physical and psychological need to have alcohol. Alcohol addiction makes individuals physically crave alcohol and have uncontrollable urges to drink. An individual could be addicted to other substances as well. Acting compulsively is central to addictions, and an individual indulges in alcohol whenever they desire.

The major concern with individuals suffering from alcohol addiction is that they do not believe they have a problem. Regardless of the stages, alcoholism is problematic. Moderate drinking can still be considered safe, but regular or binge drinking is not safe.

If an individual recognises the symptoms of alcoholism early, they can avoid detrimental consequences such as dependence and addiction. Medical detox will be required to cleanse the body from alcohol toxins and residues and manage the withdrawal symptoms; alcohol addiction medication helps achieve this. Since individuals suffering from alcoholism also have psychological issues, counselling sessions such as individual or group therapy help overcome addiction.

It gets tough to quit alcohol for an individual with time. Long-term effects of heavy alcohol consumption include:

If you think you or your loved ones are struggling with addiction, get in touch with our mental health professionals. We at SimranShri Rehabilitation Centre offer a holistic approach to treatment that helps individuals combat addictions and live an improved quality of life.