Why Is Detoxification Treatment A Must To Get Rid Of Alcohol Addiction? 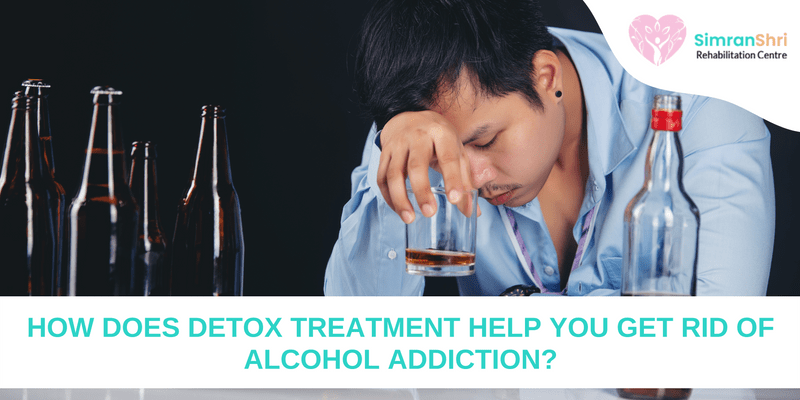 The best detoxification treatment is the initial phase of alcohol addiction treatment. This treatment helps flush alcohol completely from one's body. The withdrawal symptoms can last from days to weeks, depending on the severity of the alcohol use disorders. This helps one focus on aspects of recovery such as counselling sessions and therapies.

Alcohol is a depressant; once dependence is developed, an individual's brain stops producing chemicals that it receives from alcohol. This is the major cause of the body taking time to adjust after quitting alcohol and why one experiences withdrawal symptoms such as sweating, nausea, headache, etc.

Individuals are often so petrified of experiencing the withdrawal symptoms that they hold back from quitting alcohol. No matter how severe the withdrawal symptom,  Drug Detoxification Treatment at rehabs helps one manage the pain and discomfort with the help of medications. This allows one to focus on their recovery and feel healthy. 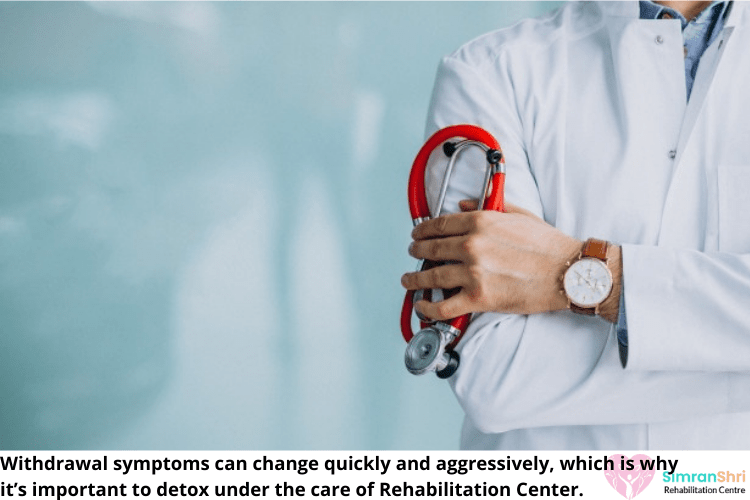 Some serious withdrawal symptoms experienced during alcohol detoxification include:

Although, less than five per cent of individuals are reported to develop delirium tremens, which can start within a few days after the last alcohol consumption.

The best detox treatment centre closely monitors the blood pressure, heart rate, and other symptoms to ensure that one's condition does not worsen. An individual can also discuss the symptoms, pain or discomfort they are experiencing. The medical team will help alleviate the distress caused to the individual.

Withdrawal symptoms can surface as early as two hours after the last drink. Severe symptoms are likely to subside within a week, whereas mild symptoms can last for weeks.
The timeline of best detoxification treatment one undergoes, although not exact but can serve as a road map for what one can expect.

Initial 12 hours- The symptoms that surface at the beginning are mild but can worsen over time. The initial symptoms include anxiety, headache, nausea, irritability and trembling.

Day one- The symptoms may become severe towards the end of the first day of detox. One can start feeling additional symptoms that involve tremors, seizures etc. the Best Alcohol Rehabilitation Centre is equipped to handle such symptoms effectively.

Day two- like day one, the severe symptoms will continue. As the body gets rid of alcohol, the individual is likely to experience panic attacks and hallucinations.

Day three to seven - the withdrawal symptoms may continue to appear and disappear during this time of the detox. During this timeframe, one is at risk of developing life-threatening symptoms.

After one week- by the end of the first week of detox at a Drug Rehabilitation centre in India, one begins to feel the withdrawal symptoms taper off. Although some symptoms could last for weeks, they are treated with the help of medications. Some individuals experience post-acute withdrawal symptoms such as low energy, delayed reflexes, anxiety, and troubled sleeping. These symptoms, too, are managed by the best detoxification treatment.

The range of withdrawal symptoms from mild to across the spectrum of life-threatening symptoms witnessed in alcohol detoxification has had to be managed at home. Fortunately, the Best Substance Use Disorder Treatment is armed with tools to address these symptoms effectively. These include mental and physical well-being supplements and medications to calm the individuals in recovery.

It is certain that being under the supervision of medical professionals makes the detox manageable and increases the likelihood of sustained sobriety. Thus, no matter the severity of alcohol addiction, do not hesitate to seek treatment from a rehabilitation centre.